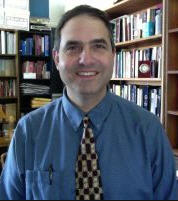 This paper considers the cases of two towering historical figures who straddle the pre- and post-state periods: Stephen S. Wise (1874-1949) and Golda Meir (1898-1978). Wise, America’s dominant Jewish and Zionist leader in the 1930s and 1940s, and Meir, Israel’s fourth prime minister, give us an excellent opportunity to focus on how two political leaders responded to twentieth-century crises that threatened Jewish survival, while highlighting the critical role of the United States and American power in shaping Zionist and Israeli history.

Mark A. Raider is Professor of Modern Jewish History in the Department of History at the University of Cincinnati and a Research Associate in the University’s Center for Studies in Jewish Education and Culture. He is also Visiting Professor of American Jewish History at Hebrew Union College-Jewish Institute of Religion.
His books include The Emergence of American Zionism (1998); Abba Hillel Silver and American Zionism, with J. Sarna and R. Zweig (1997); The Plough Woman: Records of the Pioneer Women of Palestine–A Critical Edition, with M. Raider-Roth (2002); American Jewish Women and the Zionist Enterprise, with S. Reinharz (2005); and Nahum Goldmann: Statesman Without a State (2009). He is currently completing an edited anthology titled Free Associations: Selected Essays of Hayim Greenberg–A Critical Edition as well as a full-scale biography of Rabbi Stephen S. Wise.